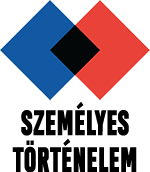 The project is co-financed by the Governments of Czechia, Hungary, Poland and Slovakia through Visegrad Grants from International Visegrad Fund. The mission of the fund is to advance ideas for sustainable regional cooperation in Central Europe.

In 2020 we are starting a community theatre project with high-school students of the V4 countries based on the concept of "Personal History". The four Visegrad countries participating the project have a common point in the way they face historical traumas of the 20th century and more specifically World War II. Being post-socialist countries, historical remembrance and interpretation of historical events were monopolized and manipulated by an authoritarian state, which made an open public discourse impossible until the changing of regimes. Still, the way Central-European communities face their histories is often ambiguous and defined by taboos around the interpretation of traumas.

We aim at working on the remembrance of the Second World War based on a research of personal stories. The young participants of the project will interview elderly habitants of V4 capital cities having personal experiences from the period of the war. As an outcome of the project the youngsters will perform a theatre piece based on the stories they have become the co-owners of. The theatre piece is creted by local directors, dramaturges and theater professionals.

The performance created in the framework of the program is going to be a site-specific theatre piece, performed at different venues of cities: community spaces and bars, emblematic spots, libraries, museums etc.

In January 2019 a performance built upon the same concept was presented in Budapest for the first time in the framework of the international youth projects of the Dutch production Theater na de Dam. The premiere took place on 27th January simultaneously with 6 other performances of youngsters from all over Europe: Berlin, Prague, Brussels, Amsterdam, Copenhagen and in Carrara, Italy.

According to the youngsters working on the project, they gained new perspectives on their local history and in the meantime they became part of an international movement of theatrical remembrance. In 2019 Itt és Most Közösségi tér hosted the premiere. The positive feedback of the community that was formed around the project and the emotional involvement of the participants were the clear signs of the necessity of continuing the work, and raising funds for the program in this year again. Our application was supported by the Visegrad Found this year.

Focusing on personal experiences related to World War II. gave the youngsters an understanding of their country's past beyond the still polarized public discourse of Hungary. On the other hand, the elderly could contribute to a direct transmission of knowledge, becoming part of a real intergenerational dialogue. Theater na de Dam, a community theatre program started as a single youth project in suburban Amsterdam in 2012. The premiere of the performance created within the program took place on the 4th May after the speech of the Dutch King on the Dam square in Amsterdam as part of the remembrance of the Nazi German dictatorship. From the very beginning the program got an extensive media coverage and by 2018, 97 productions joined the movement of a theatrical remembrance on the 4th and the 5th of May all over Holland. As the organizers believed that the concept of the youth projects is of great value, they started to fund projects all over Europe based on the same concept. Budapest joined the production in 2018/2019 and currently we are raising funds for the continuation of the work in 2019/2020. To know more about the the Dutch production please check https://www.theaternadedam.nl/